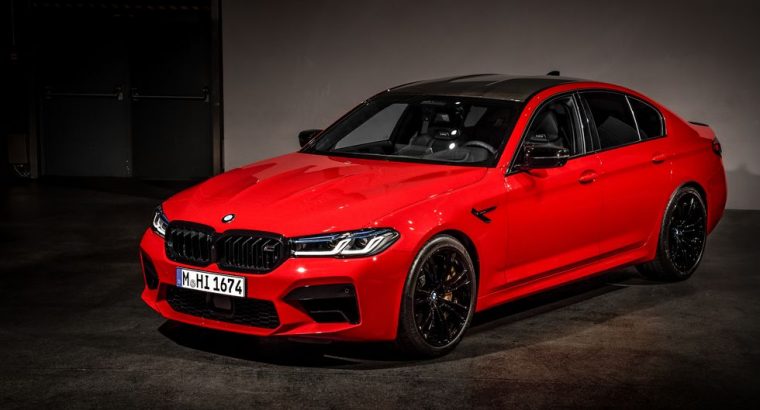 The introduction of a new operating concept and a larger central display with a diagonal of 12.3 inches mean the cabin of the new BMW M5 is more driver-centric than ever. Two new buttons on the centre console – like those found in the BMW M8 – provide more direct access to system settings. At the press of the M Mode button, the driver can toggle swiftly between the ROAD and SPORT settings, while keeping the M Mode button pressed, and confirming the prompt in the central display, engages TRACK mode.

Electronically controlled Variable Damper Control (VDC) offers three driving modes – COMFORT, SPORT and SPORT+. Height of the new M5 has been reduced by seven millimeters and the suspension, enhanced with increased camber at the front axle to handle higher lateral forces in corners.

An optional M Carbon ceramic brakes with six-piston fixed calipers at the front and single-piston floating calipers at the rear provide a significant reduction to unsprung weight, being some 23 kg lighter.

India launch, of the new BMW M5 is expected to take place sometime next year. And prices are expected to start at a premium over the current models price tag of 1.6crores.